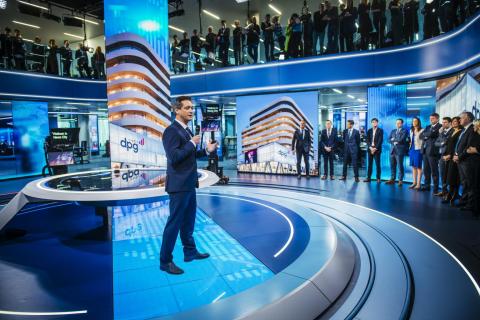 From now on, VTM NIEUWS will broadcast from its brand new studio in the DPG Media building in Antwerp.

VTM NIEUWS is thus at the heart of News City, the collaboration between the news editors of HLN, VTM NIEUWS and the magazines.

In the new studio there are no less than eight high-tech Leyard video LED walls, good for a screen area of 70m². The studio extends over two floors, between which a video has been created so that the viewer in the background discovers the editors on both floors. The eye-catcher is a large vertical video wall: a screen that starts in the floor and ends in the ceiling on the top floor of the news studio. 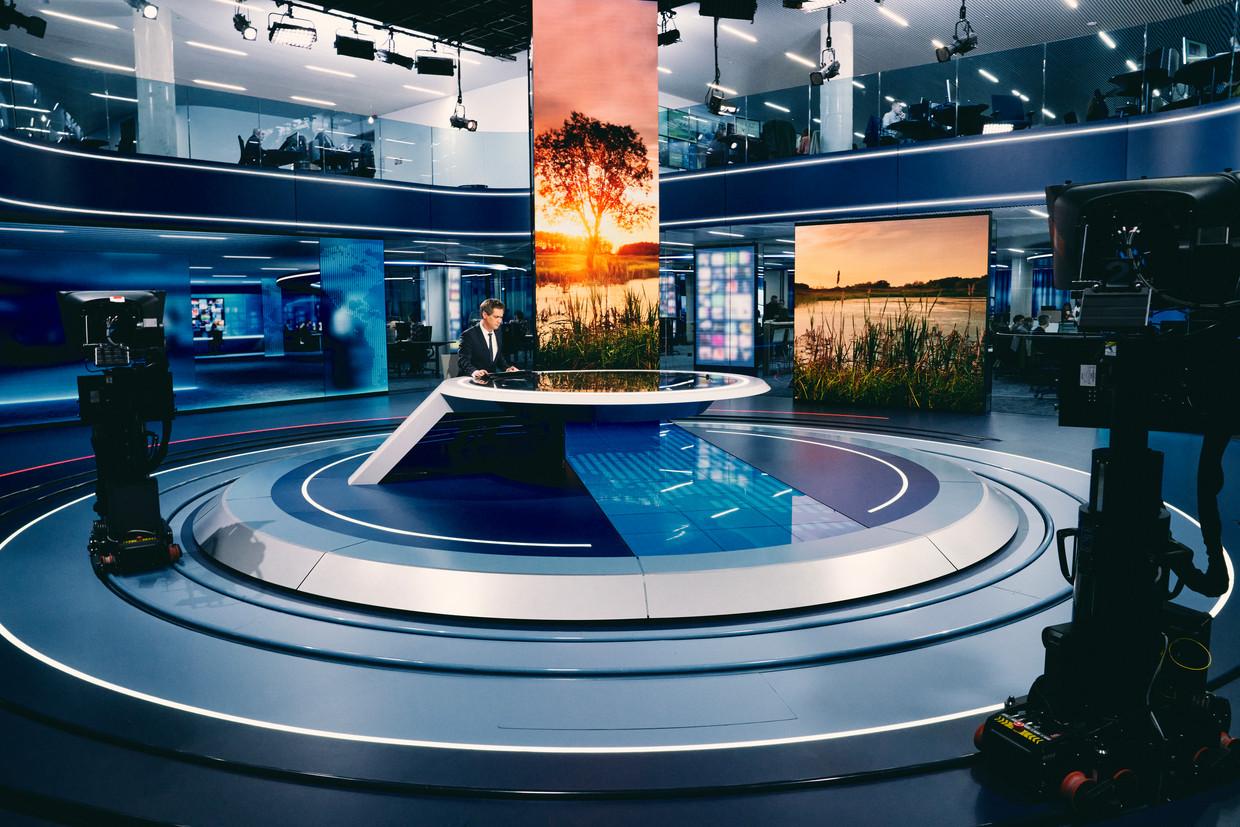