Champion Club Brugge has its own studio: the living room

Champion Club Brugge has its own studio: the living room

Players' performances, debriefings, interviews, it's all possible in the new studio of champion Club Brugge. The Belfius Basecamp in Westkapelle is the new home base for the Club Brugge players. This home has also recently acquired its own Club Brugge studio, called the living room. A studio which can be seen as the players' home, but also as a content creation place for activations, recordings and interviews.

An AV integration for the living room.

Impressive, a word that describes the studio in its entirety. This impression is created when entering the studio by the following audiovisual components:

- An LG 4x3 video wall immediately attracts attention when walking into the studio. This giant wall can be used for different focuses. It was previously used for videoconferencing, but presentations also discover a new dimension with this LG video wall.

- Along both sides there is also an LG display of 85", which makes it possible to show off the players in the studio on a daily basis.

- To transform the space into a real studio, 3 cameras have been installed with a fixed position. The room also contains a complete control system, which makes it easy to switch between the different positions during the recording.

- Also audio is a component not to be missed in the living room. The studio contains 2 wireless headsets from Sennheiser.

Whenever Club Brugge wants to turn out larger events, our Rental department is on standby. Extra cameras, a director or headsets? We have it all in-house for technical support to champion Club Brugge. 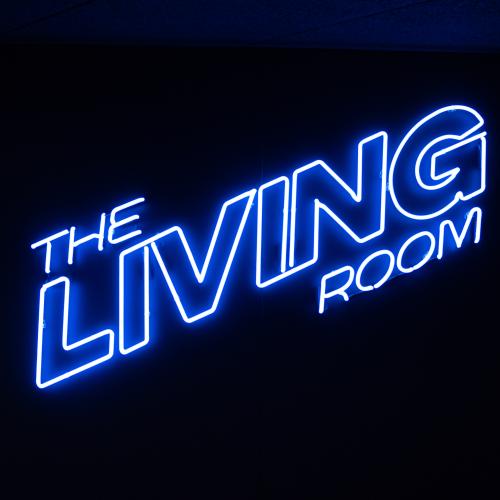 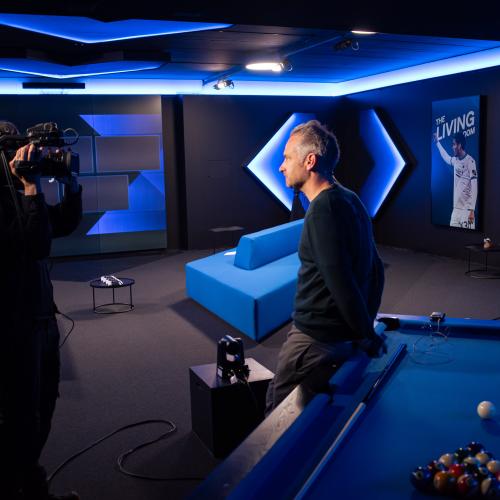 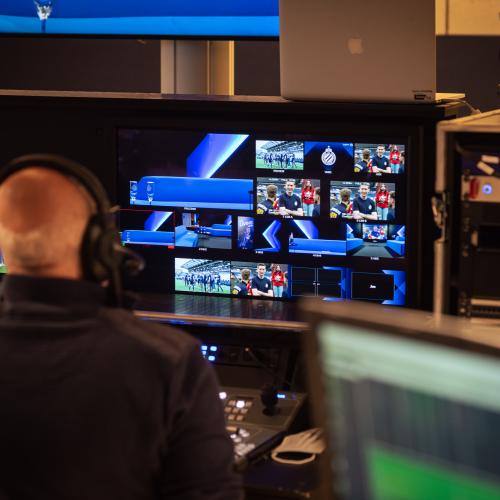 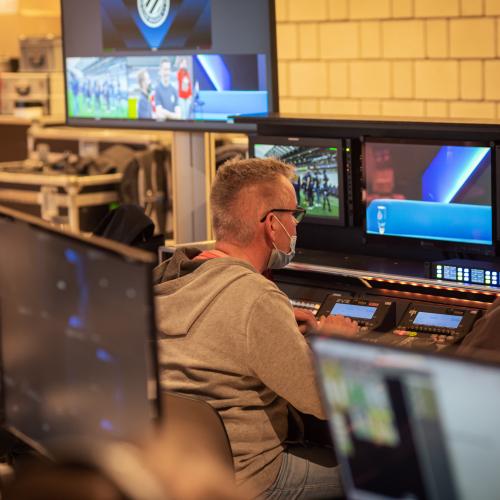 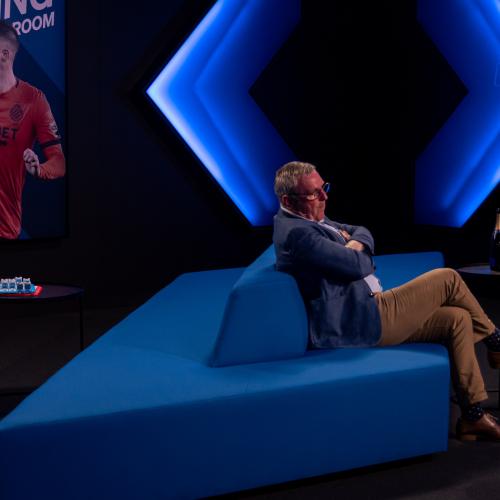