The new Leietheater in Deinze is a beauty. Both architecturally and audiovisually, an optimal result was achieved with the available means. For the audiovisual aspect, the City of Deinze called on the expertise of the audiovisual integrator Play AV. "A great and professional collaboration. Play AV did everything in its power to achieve the perfect end result", says Benoît Vanraes, director of the Leietheater.

The new Leietheater opened its doors in the autumn of 2019. The opening marked the end of a building story that started in 2011 with a call from the Flemish Government Architect. The project was awarded to V+ & Trans, the young firm of architects Bram Aerts and Jorn Bihain. Their design and execution appeals to the imagination.

"Rough exposed concrete and large windows characterise the building from the outside, while refined wooden finishes and accent colours characterise the interior," says Benoît Vanraes. "The atrium with its monumental staircase and walkway is an ode to the brutalism of Juliaan Lampens from the neighbouring municipality of Nazareth, with its typical wooden formwork that remains visible in the concrete. The accent colours are based on a sculpture in RAL colours by Donald Judd, while the ambient light in the painting The Picnic by painter and Deinzenaar Emile Claus served as inspiration for the natural incidence of light in the building. The reference to compatriots Lampens and Claus are of great value in the architectural story".

The Leietheater houses a large theatre hall - in diamond shape for optimal sound reflection - with 450 seats, an atrium, a smaller hall with extendable grandstand, other multipurpose halls, a theatre café and office spaces. The large theatre hall offers a choice of an extensive programme of dance performances, musical performances, theatre proposals and film screenings.

This wide range of purposes had a major influence on the choice of audiovisual installations. "The requirements were high because of the multi-purpose nature of the auditorium," says Jef Donné, head technician at the Leietheater. "The fact that the installation had to be able to serve different types of productions made the search challenging. In a theatre auditorium, the audiovisual is very important anyway. The quality must be high in order to give the visitor an optimal experience".

A Coda audio installation was chosen in the large theatre hall. This is an ultra compact, powerful and high quality system. The line array is equipped with 2-way Full range Line array modules, bass extensions and sub woofers powered by 2500 Watt Linus 10C amplifiers. Jef Donné: "This system has everything for a good spread, which is very important for a theater. Because the auditorium is also used for music performances, the system must be sufficiently powerful, and this Coda installation certainly is. The small auditorium is also equipped with the same system and in both auditoriums the installation is accompanied by a Yahama QL1 mixer".

These mixing desks are connected via the Dante network to a mobile stage box RIO3224 which can be patched analogously to the various places on stage. Monitor connections were also provided on these patches. Due to the wide variety of different connection possibilities around the stage and the direction, the auditorium is ideally suited to receive different types of productions. A connection was also provided between both large and small venues so that audio and video can be transmitted from one venue to another. "The multipurpose halls are also connected to the theatres", explains Jef Donné. "And by using a matrix system, with fixed cameras in the halls, we can also stream the performances to the performers' foyer and the reception. Speakers are then placed in the boxes to hear everything".

For the surround cinema system, there was chosen for an ideal combination: the JBL 9300 speakers and Crown amplifiers. In addition, a 20K Barco cinema projector was installed, a 12m*7m acoustically perforated cinema screen, a Coda center speaker and an Ovation2surround processor. The complete picture that Play AV put together in collaboration with chief technician Jef Donné is absolutely right. Director Benoit Vanraes can only be satisfied with the end result. "With the available budget a maximum effect has been achieved. Both architecturally and audiovisually. Colleagues from other cities that pass by here therefore draw big eyes. It took some searching for the audiovisual story, but Play AV did everything possible to make it a success", concludes Benoît Vanraes.

An overview of the installation in the Leietheater:

NVX for video transport within the theatre, viewing screens, projection

Broadcasting system between technology and the wings, partly wireless and wired.

Each room is equipped with a BSS audio processor with AES and analog input cards. 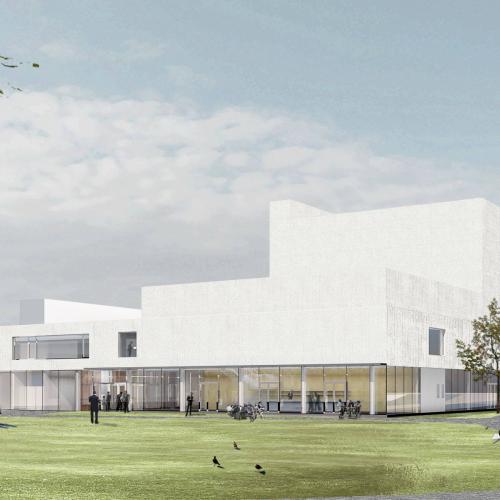 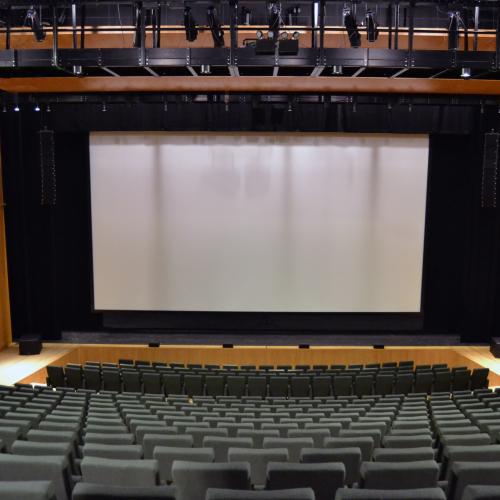 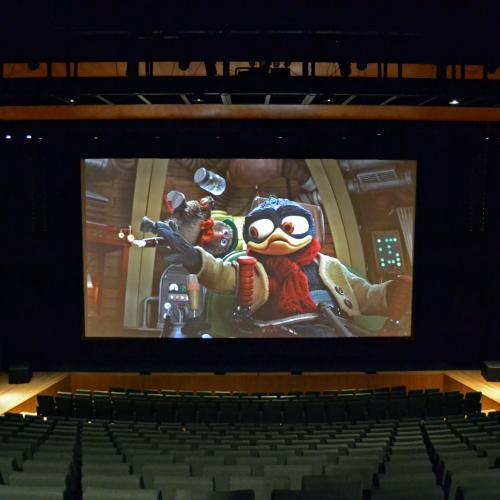 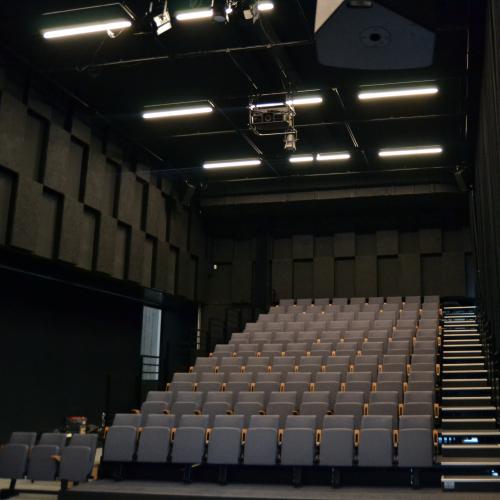 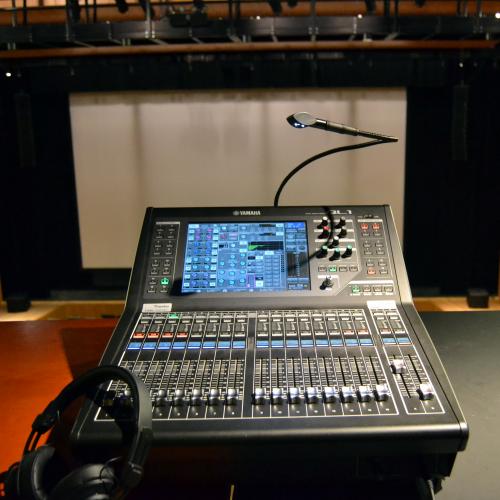 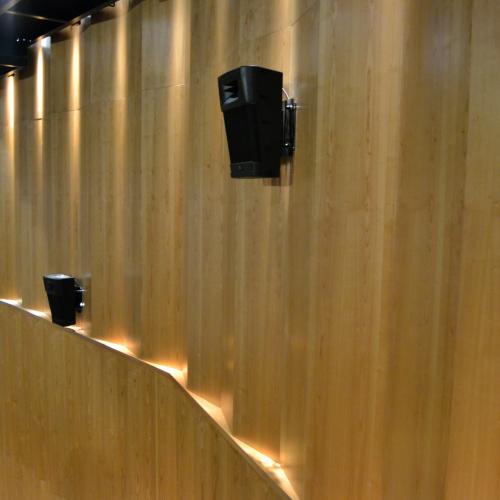