On Wednesday 20 March, the 74th edition of the Danilith Nokere Koerse took place. It was a long journey of 195 kilometers in combination with cobblestone strips.

There are all kinds of activities during these four days, in which both young and old can participate. They close on Wednesday with the Elite Men competition.
In addition to all these activities, there was also a scoop this year. It was the first time that a women’s competition was organized and the victory went straight to Lorena Wiebes. The winner at the Elite Men was Cees Bol.

Of course there were numerous locations where you could enjoy the spectacle and take a quick look at the passing cyclists. One of the top locations to follow the race was the VIP-tent near the finish.

Play AV provided the VIP-tent with a complete audiovisual set-up (audio, video, rigging) so that all VIPS could follow the game. Several large LED screens were also installed, both inside and outside. The supporters in the VIP-tent could follow everything perfectly on the large screens that were installed by Play AV and all this in combination with good food and drinks. 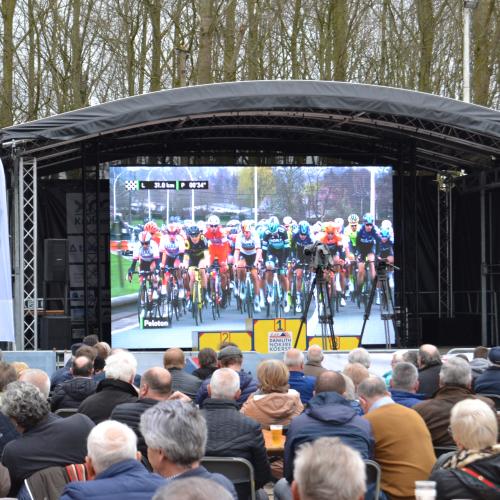 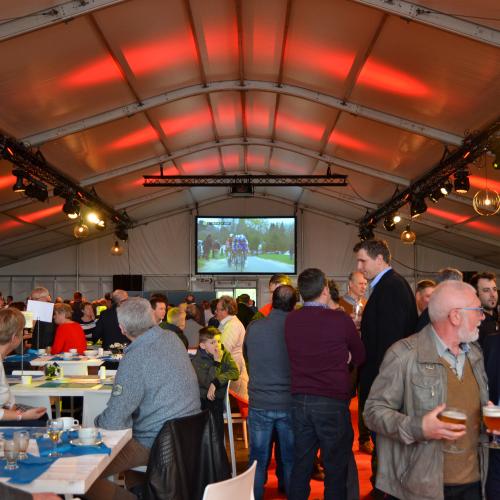 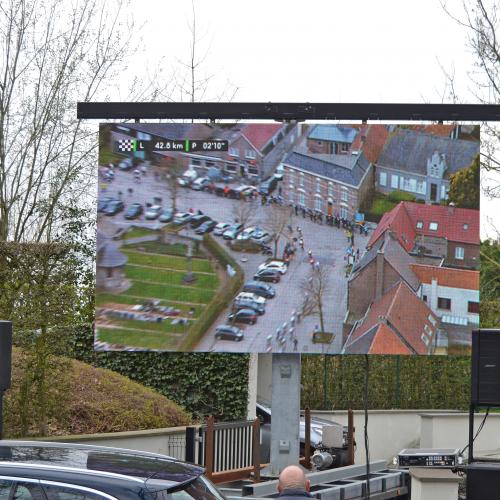 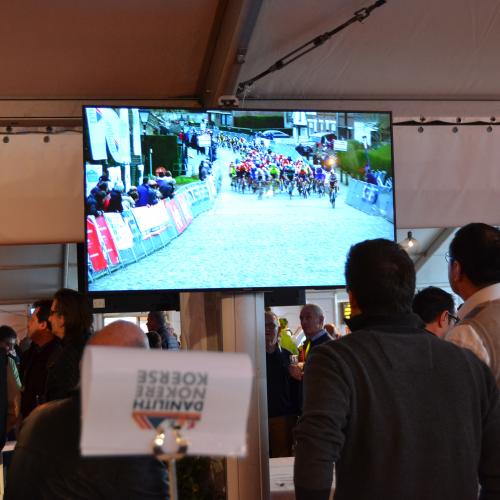