The story of entrepreneur Dirk Verhellen, who became successful through trial and error and is happy to give you some important life lessons. 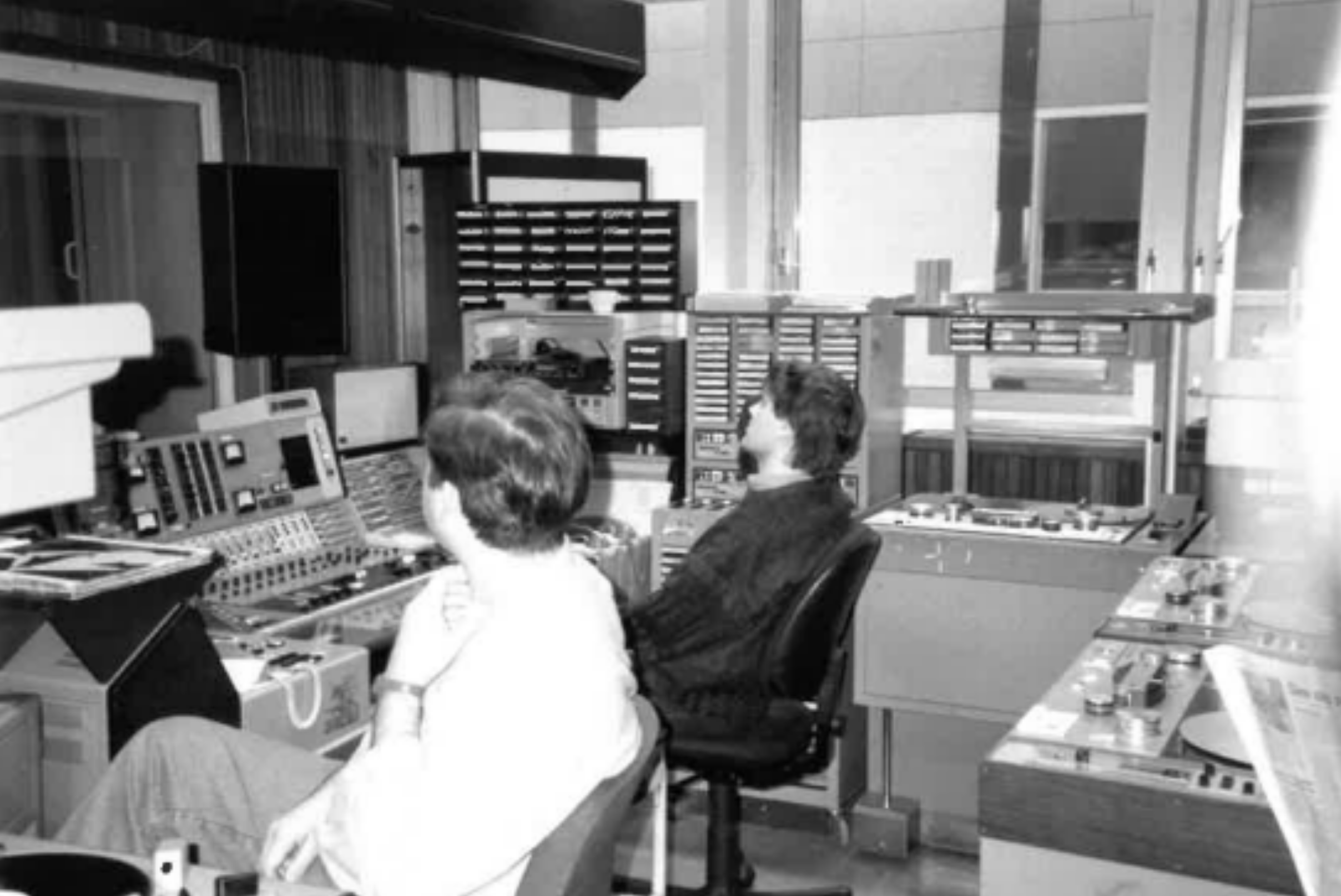 Let’s blog about our family, our audio visual expertise

At Play, we have one common interest: audiovisual technology. Every day our audiovisual technicians are busy with their passion. During meetings, management tests the audiovisual equipment and founder Dirk Verhellen encourages his employees to develop their own identity, their own brand.

Audiovisual tips and tricks are therefore a daily occurrence at Play AV. A blog with audiovisual content had been bubbling for some time now. We want people to know what's going on in the workplace. We want to show how proud we are of our métier. We want you, our clients, our sector colleagues and our friends to enjoy our audiovisual expertise as well. Play goes digital!

Everything started with a passion for audio...

Of course, Dirk's micro-adventure didn't start rashly. As a young boy he had been given the opportunity to start as a sound engineer at the VRT. In the VRT Video and Television Lab he had built up audio expertise during 15 years.

The idea of doing business had been with Dirk for some time. But before taking the step to independent entrepreneurship, he wanted to have sufficient expertise.

"The VRT was seen as the sacred house in the 90s. Either you worked there for fun, or to build up knowledge. I quickly opted for the expertise. I grabbed that unique opportunity immediately and immersed myself daily in the audiovisual equipment. I also had the advantage that I could turn to the audiovisual experts at VRT with all my questions. After all, they were sitting next to me at the office. I am still very grateful to Roland De Smet for that".

After years of gaining knowledge, he started to get more and more appetite for entrepreneurship. In 1988 Dirk founded CD Acoustics as a secondary profession. Step by step he built up his own customer base.

Eventually, Dirk resigned from the VRT in 1994, because in order to realize his ambitions, Dirk could no longer stay in the holy house of the VRT.

When Dirk resigned, a very special story started. It was a story of teeth biting and uncertainty. At the same time it was also a dream come true for Dirk. With his 34 wireless microphones in his hand, he was ready to blow the market over. CD Acoustics didn't have an extensive business plan. The only thing Dirk insisted on were his audio expertise, his microphones and the then small customer base.

But the jump into the unknown turned out to be a good one. Soon big requests came in. Dirk was allowed to come along for recordings of the first edition of Temptation Island and provided the audio installations for several large musical performances. Think of Sleeping Beauty, Snow White and so on. Everyone was interested in Dirk's wireless microphones.

Soon Dirk expanded his audio knowledge to audio-visual knowledge. The company name then also changed to PLAY AV. In this way, the company was able to play larger markets. After the name change, more and more big names nestled themselves in the customer base. Besides renting out audiovisual material, Play also started selling audiovisual material. Later there were also some acquisitions that made Play a pioneer in the audiovisual market today. 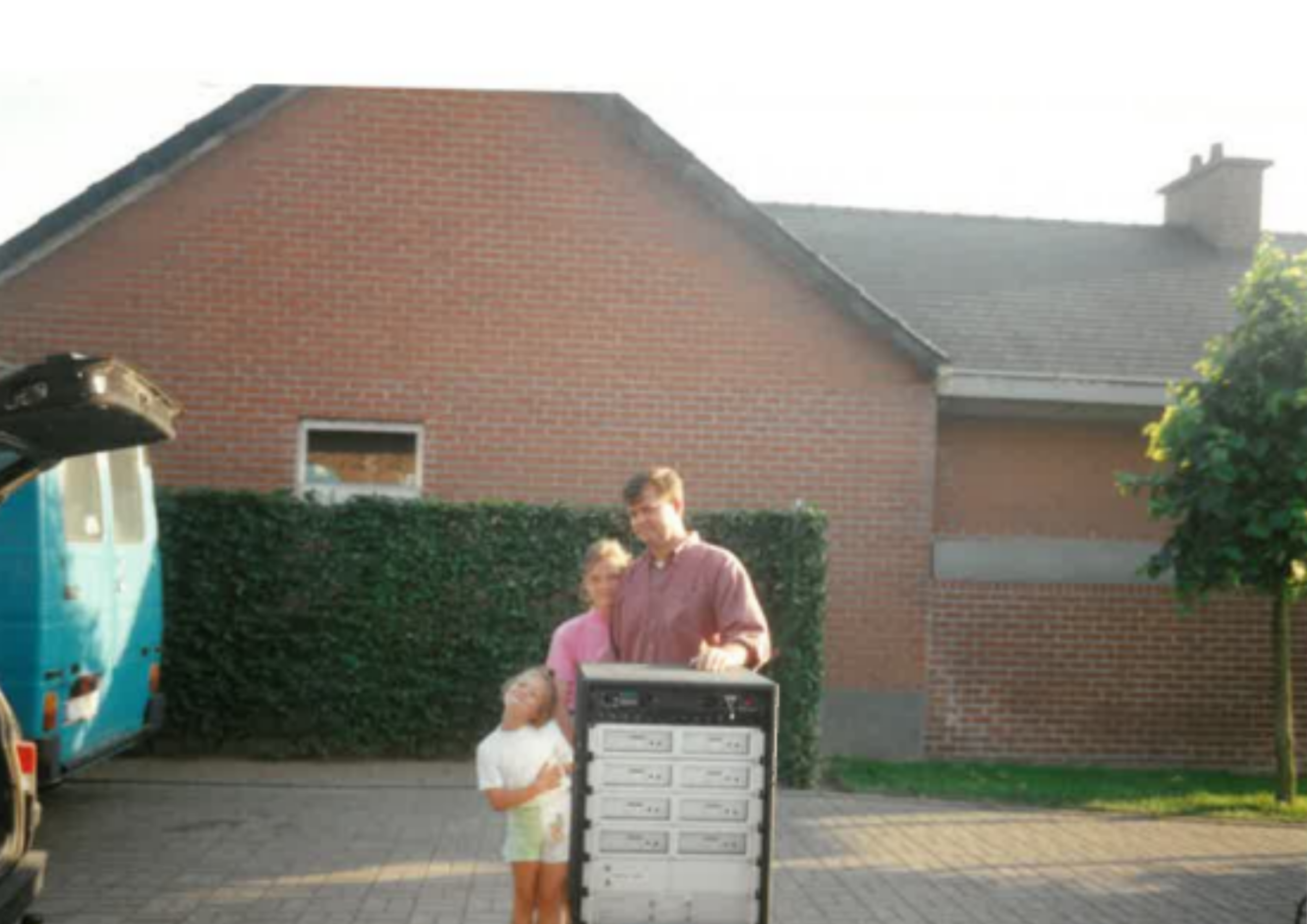 TIP 1. Moving forward means daring to give things out of your hands

"The older I get, the more I realize that you can't do anything alone. To grow, you have to surround yourself with the right people. My staff will always be central. Incidentally, as an entrepreneur I advise you to outsource things. Because at some point you won't be able to do everything yourself. You will focus on new things and give others the chance to prove themselves. I had to let go of much of the technical story myself, but this also led to many fine new adventures. By the way, speak the language of your staff, know their names and make sure your door is always open".

TIP 2. Build your own brand, your own identity

"This is a tip for everyone. Become an entrepreneur. But don't do this rashly. Make sure you like your job. Create a good basic knowledge and know what your professional goals are. Let yourself be surrounded by people who do have knowledge and make sure your own brand is a priority".

Be sure to listen to the Motionmakers podcast as well. Filip Porrez goes in search of the truth behind entrepreneurs, listen to the full interview here. 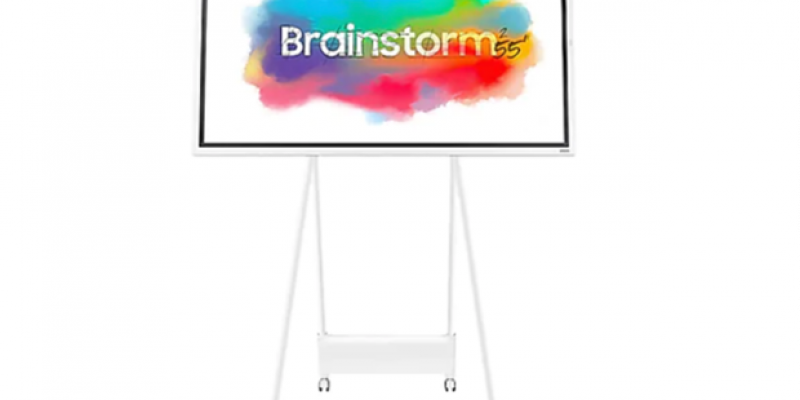 Discover the added value of an interactive touchscreen during the meeting

Nowadays, technology is taking over more and more in our society. Samsung has responded to this trend by bringing out their interactive touchscreen, the FLIP. This screen is the ideal replacement and improvement for your traditional paper flipchart. But what features make this interactive touchscreen so unique? 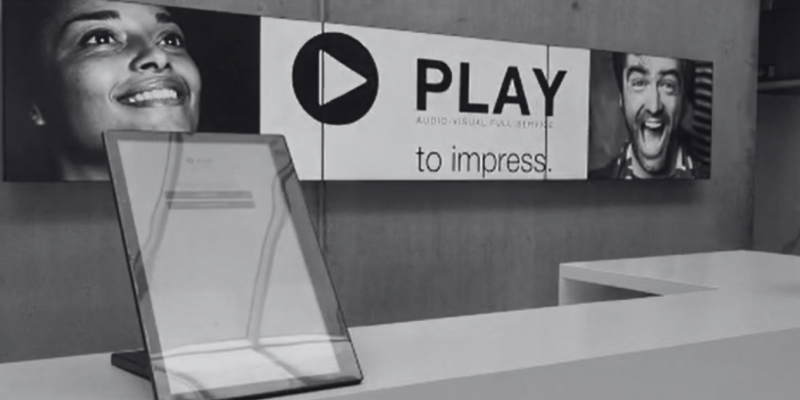 How can your receptionist be used for more administrative tasks?

Companies that regularly receive customers know that a good visitor registration can be of enormous importance. Even though these registrations often require valuable time from your administrative staff. By using a digital reception you are not only going to relieve your employees. 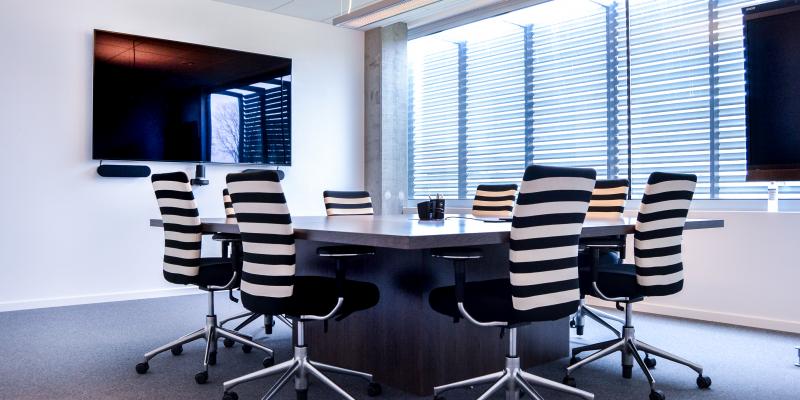